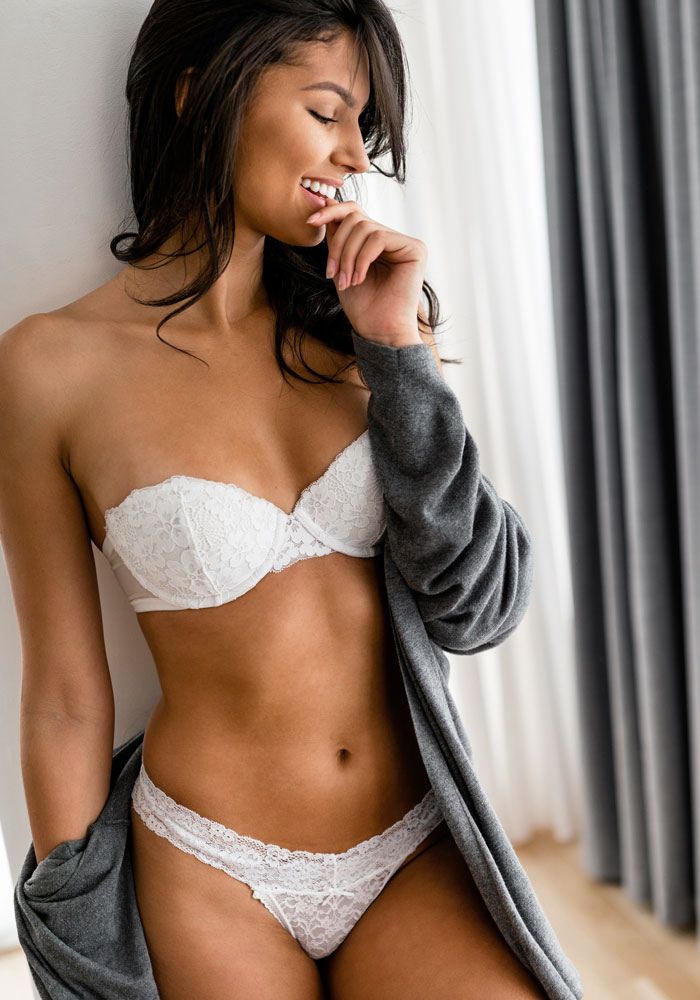 Breast implant revision surgery commonly involves removal or replacement of existing implants, and sometimes includes surgery on the breast or the scar tissue layer surrounding the implant, which is called the capsule. Most patients are vaguely aware that their implant may need to be replaced at some point, but many are confused about when or why repeat surgery is really needed.

First, I want to distinguish between patients who “want” revision surgery and those who “need” it. Those who “want” repeat surgery are not experiencing any complications and simply desire a different look, such as a bigger size or adding a breast lift after having kids.

Those who “need” surgery have a complication related to what the surgeon did, something done wrong during recovery (not following restrictions), or just because of bad luck (some complications happen no matter how careful the surgeon and patient are).

What is a normal breast capsule

Before I write about what can go wrong and how to fix it, I’d like to explain the details of a “perfect” breast implant surgery result. Ideally, the breast implant should add volume to the breasts without the edges of the implant going too far beyond the “footprint” of the breast on the chest. The footprint refers to the outline your breast takes up on your chest from where it starts under your collar bone to the fold underneath. The textbooks state that 45% of the implant volume should be above the nipple and 55% should be below, but some people have different preferences that vary from 30-60% of the fullness above the nipple. Finally, the implants should remain soft and slightly mobile on the chest, but maintain a stable position during movement.

Breast Augmentation Revision Before & After
Individual results from procedures cannot be guaranteed, and may vary between patients.

Things that go wrong during surgery or recovery

Choosing the wrong implant – Most patients can get a great result with a wide variety of implants, but there are certain situations in which the choice of implant has a big impact on the chances of developing a complication. For example, 500mL saline implants, filled just to capacity, placed above the muscle in a thin skinned woman will put her at much higher risk of capsular contracture, rupture, and rippling compared to 350mL silicone implants placed under the muscle. Understanding how the breast, chest, and body measurements suggest specific implant types and sizes is called Bio-dimensional planning, and it is important if you want the lowest chance of short and long term complications.

Incorrectly placing the implant – As discussed above, the “ideal” breast has certain proportions of volume above and below the nipple, and essentially, the nipple should be in the middle of the breast. If the implant pocket is made too high, too low, too far in or out, or in the wrong position relative to the nipple, then the final result will not look good, and there may be asymmetry from side to side. Implants can also displace due to over-activity in the recovery period, non-compliance with garments, and factors outside of the surgeon’s or patient’s control, like poor elasticity of the tissue or a complication like bleeding or fluid collection.

Just as implants can be placed in the wrong position relative to the nipple, there can be problems with how implants are positioned relative to the muscle. Patients with thin tissue should have their implant placed under the muscle to minimize visibility of the implant edges. If there is any sag to the breast, implants are placed partially under the muscle and partially behind the breast tissue (called dual plane) to allow sagging breasts to be filled out by the implants. If the surgeon releases too much muscle, the natural division between the breasts can be lost (“symmastia”), the fold can become disrupted (“bottoming out”), or you might be able to see muscle contractions across the breast during chest movement (“animation deformity”). Sometimes these complications happen because of factors outside the surgeon’s control, but sometimes the surgeon’s planning or technique are factors.

Capsular contracture – Normally, within 6-8 weeks after surgery, implants develop a thin layer of scar tissue called a capsule around themselves. This is a normal reaction to a foreign object being in the body. In some people, one or both capsules thicken and tighten over time. This can cause the breast to become uncomfortable and can even cause the implant to seem to move higher on the chest. At times, the breast will contract with it, masking the amount of sagging to the breast. In other cases, the breast tissue will sag off the higher implant making the breasts look droopier than they actually are. In the worst cases, the shape of the breast can be completely distorted. Up to 25% of women with implants will get mild cases of capsular contracture that will not be noticeable to others and sometimes even themsleves, but about 5-10% of patients will decide to have repeat surgery for noticeable capsular contracture.

We know that capsular contracture is due to a heightened response by the immune system, so some people are more prone to it than others, although this can’t be predicted before surgery. Because the process is similar to the body’s response to any kind of inflammation, any blood or fluid around the implant after surgery can increase the chances of capsular contracture. That is why it is important for surgeons to be meticulous about controlling bleeding during surgery and for patients to follow all post op instructions carefully. The main culprit behind capsular contracture seems to be a low grade bacterial presence around the implant. Antibiotic irrigation and IV antibiotics during surgery are helpful in preventing contamination, but bacteria can get near your breast implants even after surgery any time they circulate in your bloodstream, such as during a dental procedure or during a bad infection elsewhere on the body.

For mild or early cases of capsular contracture, there are some early studies that suggest that the asthma medication Singulair can be effective at stopping the progression and occasionally reversing capsular contracture. For my patients, I have found that about 30-40% of them feel like the medication helps soften the breast or improve implant position.

However, for significant cases, surgery is needed. Due to the concern for continue bacterial contamination, the best approach includes complete removal of all the existing capsule of scar tissue. This can make for a long surgery, but if capsule is left in place and just scored to make more room for the implant, the chances of recurrence are quite high, and it usually happens within a year after surgery. After the capsule is removed, the pocket is washed multiple times with antibiotic solution, and a new implant is placed. For the best chances to avoid future capsular contracture, acellular dermal matrix (or a tissue sling) is added to cover the implant and help act as a mechanical tissue barrier to the reformation of abnormally thick implant capsule. This approach is supported by data showing lower capsular contraction during breast reconstruction surgery as well as by surgeons performing cosmetic revisions.

Breast Augmentation Poor Results with Revision, Before & After
Individual results from procedures cannot be guaranteed, and may vary between patients.

When saline implants rupture, all entire implant empties within 12-24 hours, although slow leaks are possible. The fluid is absorbed by the bloodstream like IV fluid, and the solid shell remains in the scar tissue capsule that surrounded the implant. If the implant is not replaced within a few weeks, the capsule will begin to shrink down and possibly even adhere to itself internally if left long enough. This can make replacement surgery slightly longer and potentially more complicated.

When a silicone implant ruptures, most commonly the gel stays within the capsule and the breast neither looks nor feels any different. Over many years, the capsule can react by forming calcium deposits or developing capsular contracture, but this does not always happen. Rarely, after a few years, the gel can work its way through the capsule to contact the breast tissue. In general, a new capsule will form and separate the gel from the breast, but it is possible for the gel to be incorporated into the breast tissue, making complete removal very difficult.