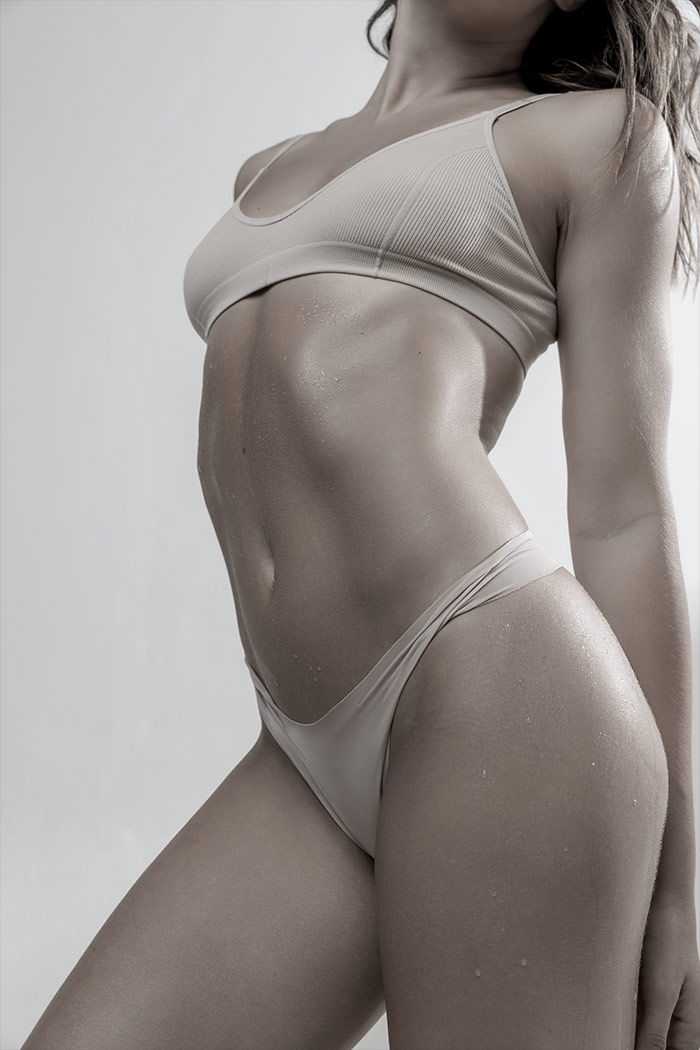 It’s common to have areas of your body that you’re uncomfortable with. Exercise can be frustrating if there are certain areas of fat that just won’t disappear. If you find yourself constantly focusing on problem areas and pinching the fat wishing it would just go away, liposuction may be a great option for results that might not otherwise be achievable.

For the vast majority of patients who are good candidates for liposuction, the traditional method of liposuction performed by suctioning out pockets of fat is the best means of creating the patient’s desired outcome. While there are many devices used by plastic surgeons performing liposuction surgery, the primary difference between these devices the amount of effort required by the surgeon to break up the patients fat cells before they are removed.

In our office, VASER ultrasound is used to assist in breaking up fat before it is removed. The probe is inserted into the areas of fat, and the tip vibrates at around 40,000 beats per minute. This causes the fat to separate from the surrounding nerves and connective tissue. Fat removal is more precise and more even, which allows for body sculpting in appropriate patients. It also reduces the amount of trauma to soft tissues which leads to less swelling and faster results.

Liposuction Before & After
Individual results from procedures cannot be guaranteed, and may vary between patients.

Contrary to the popular misconception, the fat that is removed during liposuction will never come back. The amount of fat on your body is determined by two factors – how many fat cells you have and how big they are. The number of fat cells in each area is determined early on by genetics and your weight as a child. When you gain weight as an adult, your fat cells get larger, but you don’t form any new ones.
If your body has more fat cells in one particular area, that becomes a “problem area” for you. Liposuction permanently removes fat cells from selected areas. While your body can still make the few remaining fat cells larger, it will not create new ones.

Liposuction is not a substitute for losing weight because it’s not safe to remove very large amounts of fat during a liposuction procedure, but it’s perfect for contouring parts of the body and for removing a particular area of fat that just won’t go away.

What about SmartLipo and Lipodissolve?

Smart Lipo claims to remove fat by dissolving it with a laser. Like all new things, there is a lot of media and publicity, but there aren’t any rigorous scientific studies that show that it’s better or safer than any other approach to liposuction. Most of the individuals offering alternate approaches to liposuction are not Plastic Surgeons but a mix of Family Physicians, Gynecologist, or Internal Medicine doctors, many of whom have received only a few days of training at a weekend course.

Lipodissolve uses a chemical to dissolve fat. This process is not approved by the FDA, and since it only works on about a quarter size area, it requires hundreds of injections to introduce the chemical to all the areas being treated. There is a good chance that the fat will dissolve unevenly or not work at all, so Dr. Dana doesn’t offer Lipodissolve. It should also be toward the last of your Palm Beach liposuction options.

How is Liposuction performed?:

The procedure involves making tiny incisions (less than a half inch) in about two or three places for each area where the liposuction will be performed. Usually these are hidden by your underwear or in natural creases on the body. Then, IV fluid that is mixed with medications is introduced through a small tube under the skin to numb the area and to reduce bleeding. This numbs everything so that you can have the surgery while you are wide-awake, and it dramatically reduces bleeding and bruising.

Normally the next step would be to use liposuction cannulas to remove the fat. This is done very carefully to ensure that the fat is removed evenly and the body is contoured for the best shape.

When the liposuction procedure is complete, you will have dressings over the incisions as well as a compression garment.

For a day or two after surgery, there will be seepage of pink fluid from the incisions. That’s the fluid that was put in to do the liposuction combined with a small amount of blood, and it’s completely normal after surgery. Be sure to keep gauze over these areas as instructed. You may want to use extra towels or even trash bags to cover your car seats and your furniture.

Pain: Most people stay numb for 8-12 hours after surgery. The amount of pain you will experience depends on how much fat is removed and in how many areas. For example, a small amount of fat (i.e.: a soft drink can) removed from one areas will probably very little pain and can return to work in a few days.

If you have more areas worked on or a larger amount of fat removed (i.e.: a two liter bottle), you will feel more pain. Soreness can last for two to three weeks after liposuction. There are several other after-effects to keep in mind:

Bruising after Liposuction: A small amount of bruising can be expected, and the amount varies with the amount of liposuction. It lasts 7-10 days.

Swelling after Liposuction: is completely normal and is part of the healing process. You will need to wear a compression garment for about six weeks, during which the swelling will slowly improve. You will see pretty big changes in about 3 weeks, but it can take up to 6 months for the contour and appearance of skin to reflect your final result.

After liposuction in Florida, you can return back to work in just a few days, but again, it depends on the amount of fat removed, the number of areas that are worked on, and if you combine liposuction with any other surgery.

Bleeding after Palm Beach Liposuction: Bruising is common after liposuction, and the fluid draining out of the incisions always looks pink or red the first day or two. Very rarely, bleeding may be more serious.

Contour Problems with Palm Liposuction: The most common complication after liposuction in Florida is a small firm or uneven area. Most of the time, it goes away in a few months on its own or with massaging. If it doesn’t, you may need further liposuction or less commonly, fat transfer.

Blood Clots after Palm Beach Liposuction: With large amounts of liposuction you are at risk of developing blood clots in the veins in your leg. These can cause swelling in the leg and can sometimes move to the lungs and where they can be fatal. This complication is rare, and I follow every precaution to ensure that the risk is as low as possible.

Do I need a tummy-tuck or liposuction?

Liposuction works if you have fairly tight skin and just want to be thinner or get rid of fat. A tummy tuck is a better option if you want to remove extra skin and stretch marks between your belly button and your groin, tighten the muscles, and shape the belly into an hourglass.

For some patients liposuction in Florida is combined with a tummy tuck will give the best results. I can determine which is best for you at a consultation, where I will be happy to discuss the cost of liposuction.